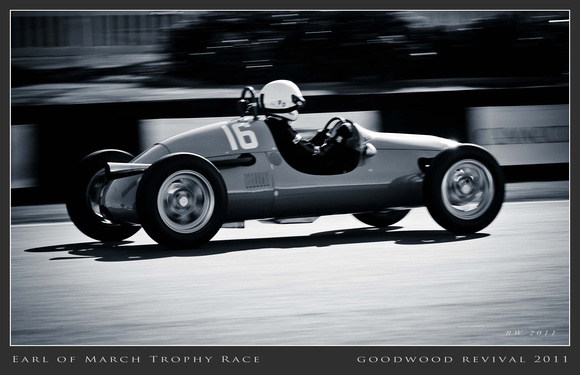 The karter turned Formula Junior ace belied his lack of experience in the half-litre motorcycle-powered single-seaters to win on his category debut in Charley Banyard Smith’s Kieft-Norton. The 20-something didn’t have it all his own way, though, as Gordon Russell chased him to the flag aboard his Mackson-Norton. The veteran ace briefly took the lead on the penultimate lap as backmarkers came into play, Wilson having had a grassy moment at Woodcote only moments earlier, but he came back at Russell with just one-and-a-half miles left to run to take back the position. In third place was Nigel Ashman in Pat Barford’s Kieft-Norton. Having stalled the car on the line, Ashman stormed through the pack to claim the final podium spot, taking the fastest lap of the race on the final tour in the process.
© Robin Wilson : RWCS Photographics : all rights reserved
Powered by ZENFOLIO User Agreement
Cancel
Continue