Visitors 89
Modified 29-Aug-11
Created 29-Aug-11
395 photos
Scott Moran scored a pair of emphatic victories in rounds 27 and 28 of the Nicholson McLaren MSA British Hillclimb Championship at Gurston Down yesterday (August 28th) to finally seal the 2011 title that has looked to be his for some weeks now. A relieved and smiling Scott, who won the title in 2008 and 2009, expressed his gratitude to his family and team at the post event awards ceremony, saying modestly that he never imagined he'd become a three time BHC winner. It was a great day for the whole Moran family too, as the 1997 champion, Scott's father Roger, finished second in each of the championship Run Offs. But although Scott was comfortably ahead in each Run Off, it was incredibly close for the places behind, just nineteen hundredths covering second to sixth places in the first Run Off, and 12 hundredths covering second to fifth in the second Run Off.

To cap a fine day, Scott Moran also set a new class record on his way to winning the over 2000cc racing car class, thereby ekeing out another point lead in the gap he also holds at the top of the Hillclimb Leaders Championship.

The top three in this championship all won their classes, but Lee Adams (1.6 GWR Raptor) and Dave Uren (1.1 Force PC) couldn't get below their respective class records for the extra bonus point Moran achieved. Three other class records fell on the day too. Everything finally came good for Geoff Twemlow to bag the over 2000 modified series production saloon class record he has been threatening for some time now in his 2 .1t Subaru Impreza, and he carved a full four tenths off to leave the mark at 33.50 seconds. Local man Ian Chard already held the over 2000cc modified series production sports car class record but he carved off another 0.38 seconds in his 2.0t Toyota MR2 with a very smooth 33.94 second climb. Fyrth Crosse had far and away his best Gurston weekend of the year in the 1.6 Ensign as he reset his own Historically Interesting class record, shaving five hundredths off to leave it at 32.99 seconds. 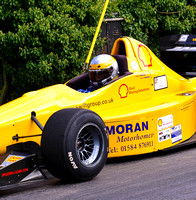 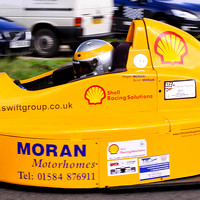 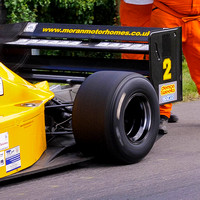 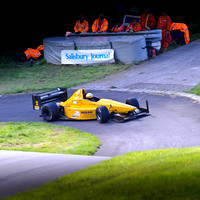 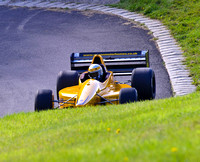 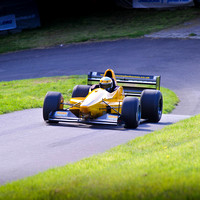