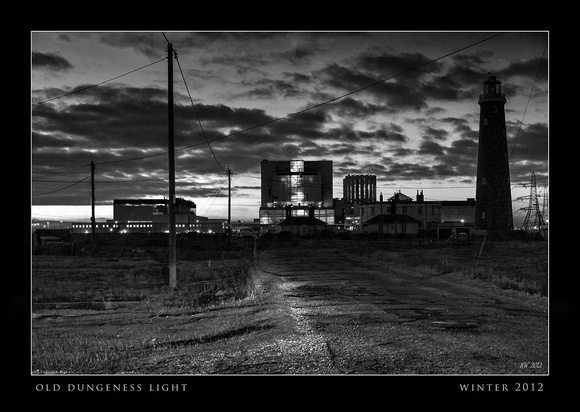 The High Light Tower 1904 By the turn of the nineteenth century it was apparent that due to the recession of the sea a new lighthouse was needed. In 1901, Messrs. Pattrick & Co. of London, began to build a new lighthouse. This circular brick structure, known as the High Light Tower, some 41 metres high and 11 metres in diameter at ground level, was completed early in 1904, and was first lighted on the 31st March in that year. The tower was painted externally in black and white bands so that it formed a beacon recognisable by mariners during daylight. Although no longer owned by Trinity House, this tower still remains at Dungeness.

The 1904 lighthouse now stands more than 500 metres from High Water Mark. Its navigational light was obscured by the nuclear Power Station erected approximately a quarter of a mile to the west of the lighthouse. This necessitated the placing of another light in a cylindrical tower 450 metres to the east incorporating an electric fog signal.
RW2012
Powered by ZENFOLIO User Agreement
Cancel
Continue