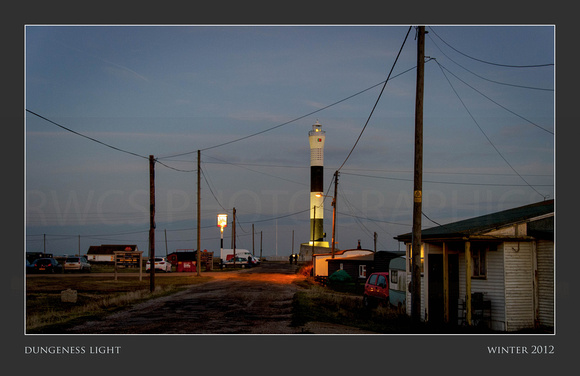 The new lighthouse which was officially opened by H.R.H. The Duke of Gloucester, the former Master of Trinity House, was brought into operation on 20th November, 1961. The tower which rises from a white concrete base in the form of a spiral ramp, is capable of automatic operation and was the first one of its kind to incorporate the Xenon electric arc lamp as a source of illumination. It is constructed of precast concrete rings 1.5 metres high, 15 cm thick and 3.6 metres in diameter, fitted one above the other, and has black and white bands which are impregnated into the concrete.

An additional point of interest is that since May 1962 the whole tower has been floodlit to assist identification from seaward. This floodlighting has reduced the bird mortality rate at this lighthouse during the migration season. The station was re-engineered/modernised in 2000. The sealed beam light was replaced with a Pharos PRB20 optic transferred from Lundy South Lighthouse, reducing the light range from 27 to 21 nautical miles.

Dungeness Lighthouse was converted to automatic operation in 1991 and is monitored and controlled from the Trinity House Operations and Planning Centre at Harwich.
RW 2012
Powered by ZENFOLIO User Agreement
Cancel
Continue