Visitors 171
Modified 13-Dec-12
Created 9-Dec-12
21 photos
Dungeness is unique – no boundaries, a desolate landscape with wooden houses, power stations, lighthouses and expansive gravel pits. Yet it possesses a rich and diverse wildlife within the National Nature Reserve in one of the largest shingle landscapes in the world.

Our previous Photographs at Dungeness are here

Now its the location for a new two-part drama on ITV starts next Monday, the 10th December.

Entitled ‘The Poison Tree’ it stars two of the UK’s most beautiful females and was filmed extensively at Dungeness and surrounding Romney Marsh.

The main characters are played by by Anna Buring and Ophelia Lovibond with the allegedly handsome Rex Goode making up the trio involved in Erin Kelly’s ‘dark, bewitching psychological thriller’.

Definitely one to watch – even with the sound off!

Boasting only the lighthouses, a lifeboat (see their site - Links) and around 80 assorted shacks within which reside a collection of individualists escaping the torments of the outside 'civilised' world.

Had this been written some 30 or 40 years ago reference would have been made to the residents being predominantly local fishing families, (a few of whom remain) and rock crushers. The Tart (originally French and from the Tartes) and Oiler families were two of the first families to reside on the beach from around the turn of the century (20th!). Always fishing families they have, over the generations, formed the backbone of the locality and have played a large part in the manning of the numerous lifeboats that have been located on the beach. The men-folk crewing and the ladies helping with the launching (before the days of tractors!).

There is a remarkable and unique variety of wildlife living at Dungeness, with over 600 different types of plant (a third of all those found in Britain). It is one of the best places in Britain to find insects such as moths, bees and beetles, and spiders; many of these are very rare, some found nowhere else in Britain. It is recognised and protected mostly through its conservation designations as a National Nature Reserve (NNR), a Special Protection Area, a Special Area of Conservation and part of the Site of Special Scientific Interest known as Dungeness, Romney Marsh and Rye Bay.

One of the most remarkable features of the site is an area known as 'the patch' or, by anglers, as 'the boil'. The waste hot water and sewage from the Dungeness nuclear power stations are pumped into the sea through two outfall pipes, enriching the biological productivity of the sea bed and attracting seabirds from miles around. 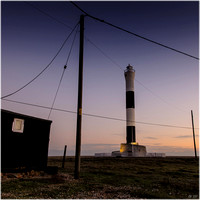 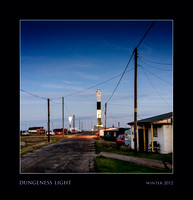 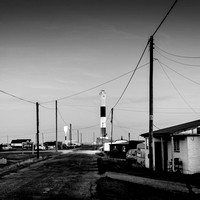